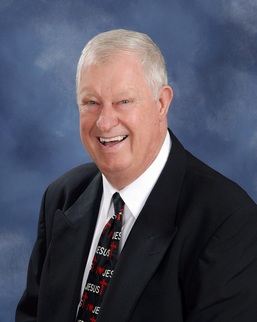 Phil Bryant was born in Cochran, GA and raised in Macon. At the age of 12 he prayed to receive Christ as his personal Lord and Savior at Mable White Baptist Church. At 26, Phil began to experience some changes in his life but questioned whether it was God's leading or his own ambitions about serving the Lord. In October 1981, he accepted the call into full-time ministry.

Phil graduated from the University of Georgia in Athens in 1968, with a Bachelor of Business Administration (BBA) and in 1985, received his Master of Divinity at the Southern Baptist Theological Seminary in Louisville, KY.

Phil is married to Kathy who serves along side him as an integral part of his ministry. Kathy also serves as the Executive Secretary for the Rehoboth Baptist Association, which includes 54 churches and missions across 5 counties in Middle Georgia. Phil and Kathy have three grown children and four grandchildren. 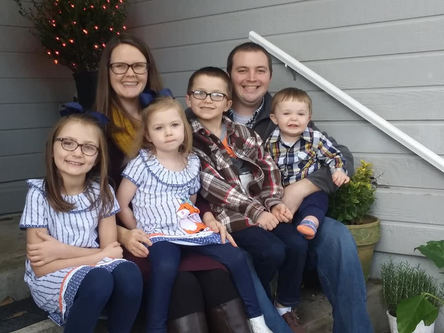 ​​ Jake was born and raised right here in Warner Robins. At a young age, Christ redeemed Jake with his saving grace. 2 Timothy 1:9 says, “He has saved us and called us to a holy life, not because of anything we have done but because of his own purpose and grace. This grace was given us in Christ Jesus before the beginning of time.” In fifth grade, Jake dressed up as a pastor for career day. God instilled in him a passion very early on for the preaching and teaching of the Gospel to all people.  Jake recognizes the dire need of our youth to know Jesus and to make Him known in their schools and in our world. He seeks to model a glad assumption of sacrificial responsibility in forming relationships and in discipling of students.

Jake earned his bachelor’s degree in Christian Studies from Truett-McConnell University in Cleveland, Georgia, in May of 2015. He is currently seeking his Masters of Divinity online from the Southern Baptist Seminary.  He has served in multiple ministry capacities as a Christian camp counselor at Snowbird Wilderness Outfitters in North Carolina, as a Christian Life Coordinator in college,  as an interim youth pastor in the North Georgia mountains, and as a cottage parent at a Christian children’s home in Texas.

Jake and his wife Emily met in high school and they have four children, two adopted, Kathryn and Benjamin, and two biological, Abigail and Judson. In the fall of 2016 Jake and Emily recognized the providence of God in leading them to Texas to become cottage parents at a Christian children’s home. It was here that God sovereignly orchestrated the adoption of their two oldest children before calling them back home to serve in ministry together, To the praise of God’s glory and matchless holiness alone, Jake and Emily desire to come alongside of parents and families to equip students to face the challenges of this world by establishing a strong, Biblical foundation and knowledge of our blessed Savior.

​Emily was born in Memphis, TN, but moved to Warner Robins when she was 4 years old. At the age of 7, Emily knew all of the Bible stories, but had never truly understood what salvation meant. Through a discipleship program, Emily came to know the beauty of surrender and the work that Jesus had done so that she might have eternal life. She attended Central Fellowship Christian Academy in Macon, GA, however, her church attendance was sporadic over the years. After meeting her husband, Jake, in 10th grade, the Lord renewed a desire in Emily to grow closer in her walk with Him.

Emily’s desire with children’s ministry is simple. To know Him (Jesus) and to make Him known. Children today are inundated with wrongful thinking from this world, and Emily strives to make the truth of the Gospel evident so that kids can immediately know when any thought or practice goes against who Jesus is. Through dynamic teaching and family fun activities, Emily hopes to bring families and the church together in fellowship and in the building up of the surrounding community. Emily seeks to partner with parents in equipping their children with the truth of Scripture recognizing that parents are the primary spiritual supporters in their kids’ lives. From birth through 5th grade, Emily endeavors to create an environment where every child can be fitted to “His workmanship, created in Christ Jesus for good works, which God prepared beforehand, that [they] should walk in them.” Eph. 2:10 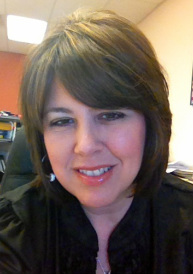 Diana has loved music her entire life. She began singing and playing piano at the age of 5 where she then immersed herself in music throughout school and in church. She has played piano in churches since she was 15. At the age of 23 she married her husband Kenneth. Later they became members of Sandy Valley where she was pianist for 16 years before becoming Director of Music Ministries in November of 2009.

Diana's full-time job is as a Legal Assistant for an Administrative Law Judge at the State Board of Workers' Compensation where she has been employed since March of 1996. Her husband, Kenneth, is employed at Robins Air Force Base as a Sheet Metal Mechanic on C-130 airplanes. They were married in March of 1993 and in 2000 had their son Kenny. Diana is also blessed with a step-daughter, Shawna and from her has two beautiful grandchildren, Larissa and Lenny.

Diana is very passionate about her calling as Director of Music Ministries here at Sandy Valley. She believes that God started preparing her for this position at the tender age of 5 when her love for music first began. She is focused on seeking God's will in every aspect of this ministry. She and the pastor work closely together to make sure the music ties into the theme of each sermon, which in turn creates what they both believe to be a very powerful worship experience honoring the Lord.

Diana loves her church and her choir is her family within our church family here at Sandy Valley. She encourages everyone who has a love for music to become a part of this family where their number one goal is to honor the Heavenly Father as they lead the church in praise and worship through song, giving God the glory for everything that is done!